This post is partly about a brilliant new exhibition, but also asks about Art Galleries as family spaces.

‘Catch as catch can: works in situ’ by Daniel Buren is currently in installation at the Baltic in Gateshead, OK so we should have waited for the sunniest of sunny days to really see the light captured in this work but I was too excited after seeing the gallery front facade with its 20 diamonds on my way to work most days, even on a slightly dull Sunday it was like being in a kaleidoscope with mirrors and tinted windows there’s something sunny and joyful about standing on Level 4 bathed in coloured light. 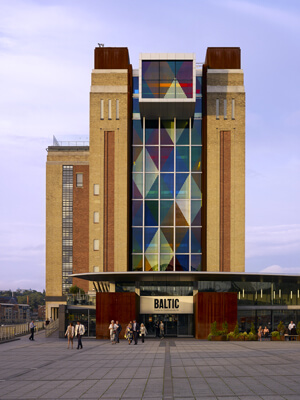 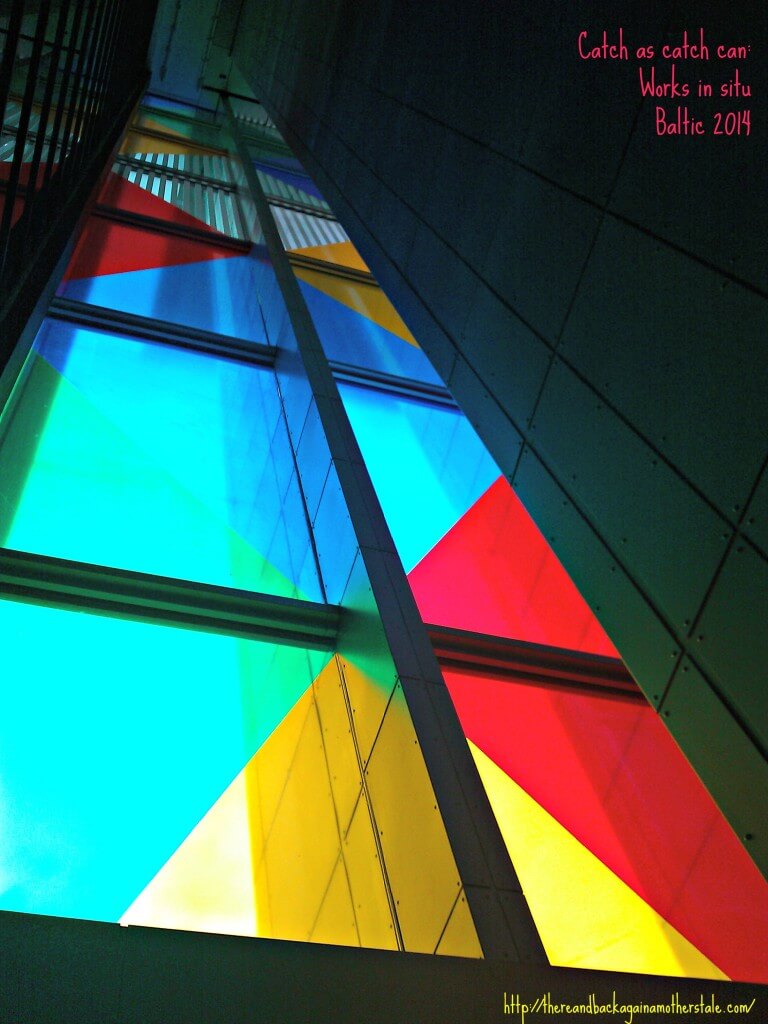 As a self confessed numbers geek I really enjoyed reading more about Buren’s work, his 8.7cm wide signature stripe features in many of his works and pops up at Baltic in the form of a border around the mirrors on Level 4, in an interview with The Journal he said“that was the dimension of the first linen I used when I did printing. I had some left and kept it for other things but it has a rhythm to it, one white stripe and then a coloured one, and it has become a visual tool.” 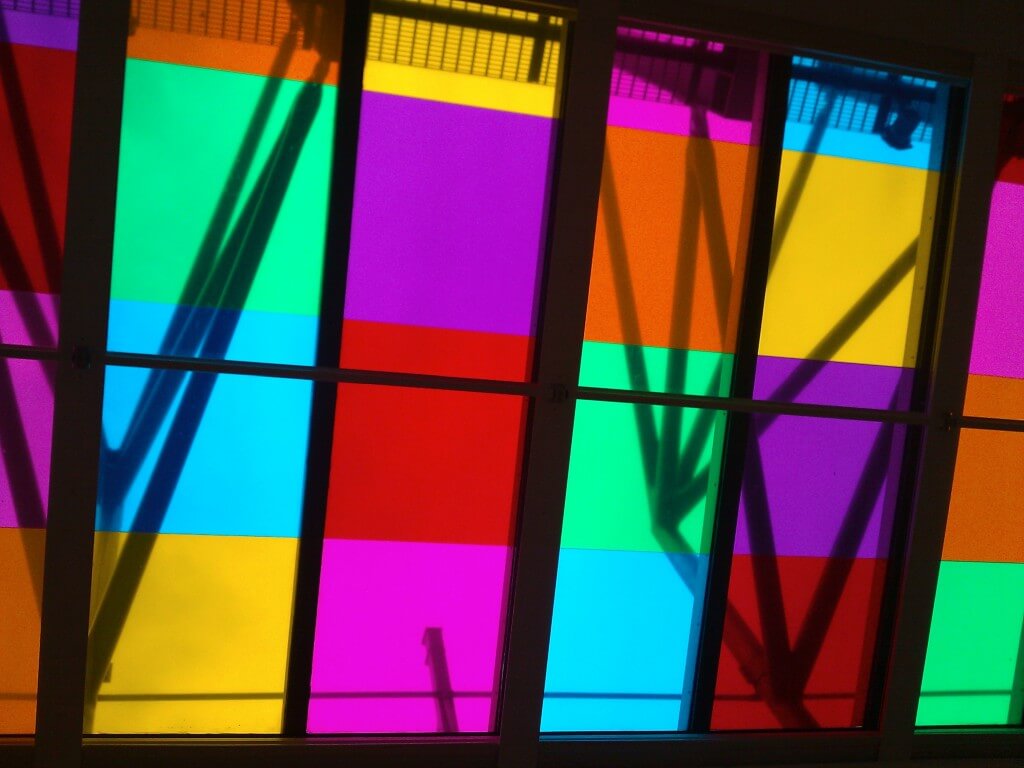 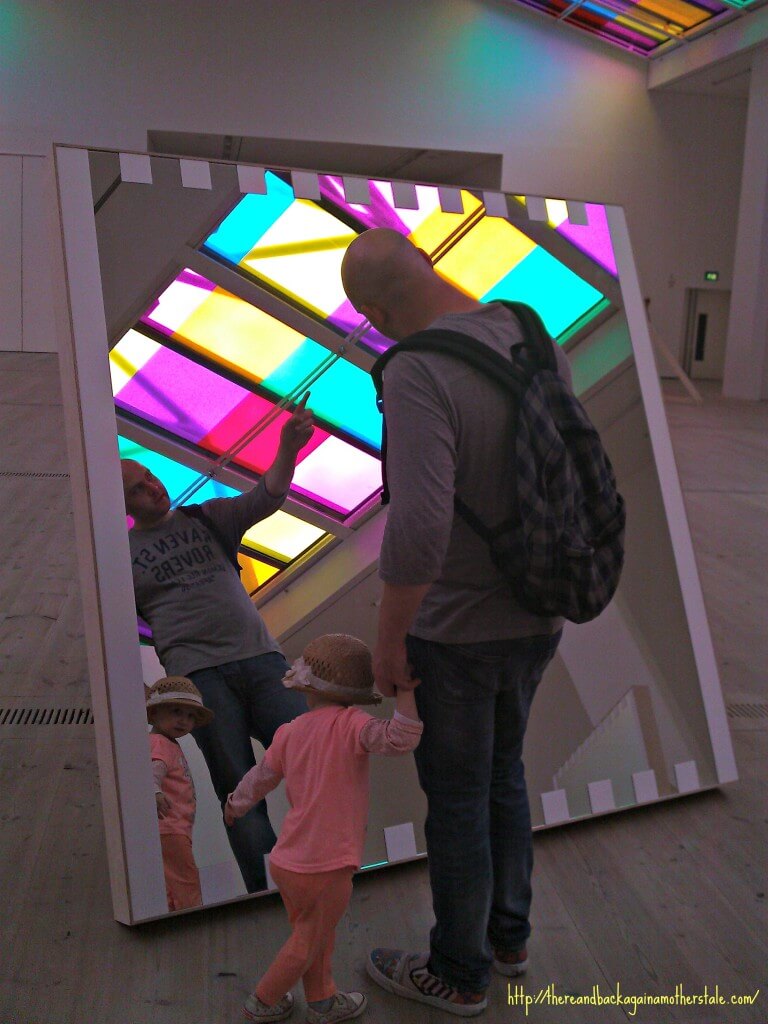 Daniel Buren – The Function of The Studio?

Having written about the function of the studio in an essay in 1971 I was interested to learn that he is an artist without a studio, working instead in a range of spaces including galleries like the Baltic itself. Concerned with the idea that a work of art conceived in a studio is compromised as once moved to a gallery we are seeing it out of place I understood the nature of this work ‘in situ’ better, and seeing how he has worked with the architecture of the Baltic to design the facade and window gels I feel really lucky to live where we do and get to see so many innovative projects.

I’m not an art expert and am nervous about speaking up about what I understand of and like about works, but I do love design and having the chance to immerse myself in new experiences is something I really enjoy.

I wondered whether all this would stop once Joss arrived, but actually I probably visit Baltic more now than I did before.

So what of the function of the gallery? The preserve of artists and academics? Of adults alone? Or a family space to be enjoyed by all?

With a play space on Level 2 and an education strand to their work programme Baltic welcomes children and families. I took the time to read some of the literature in the education space and thought about whether there had been exhibitions I would avoid with a toddler. There have been exhibitions that have been very open and accessible and probably too tempting for tots, but I would still have taken Joss in the sling and been respectful of the space, if she is too noisy or too boisterous then we would play in the kids area and try the exhibition another day. 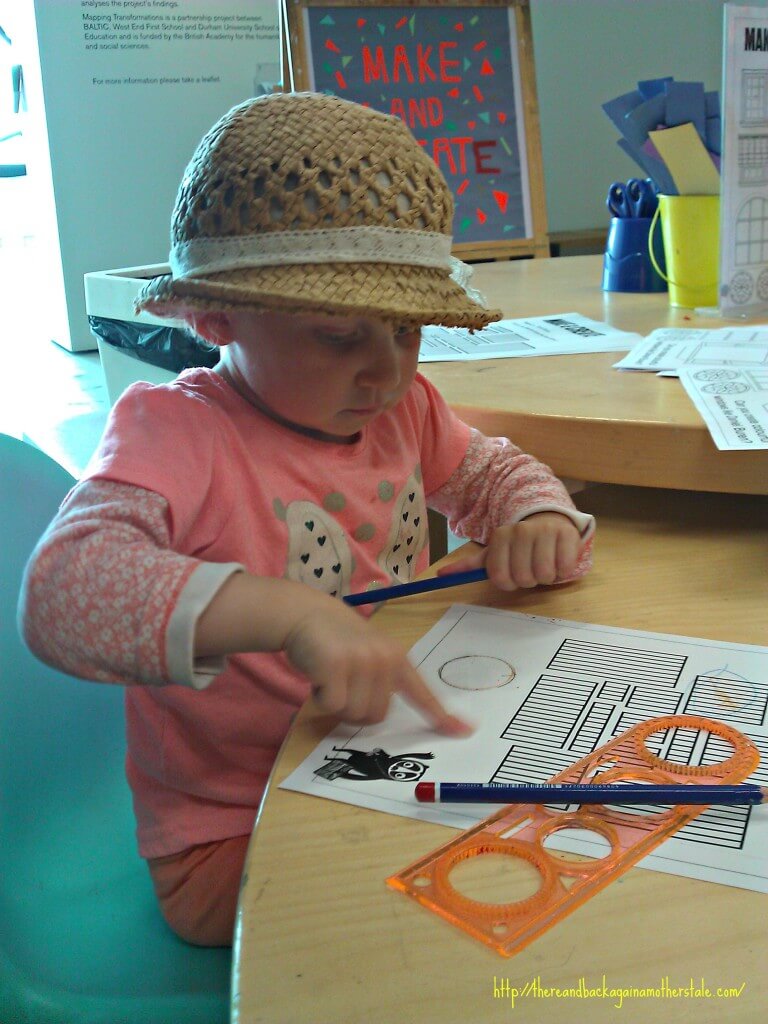 Something I really liked was this life cycle of creativity development in children, it really made me think about getting the most out of our visits and convinced me of their value in Joss’ development; however under confident I feel in my own ‘understanding’ of the pieces we see, that ‘knowledge building’ happens without my intervention 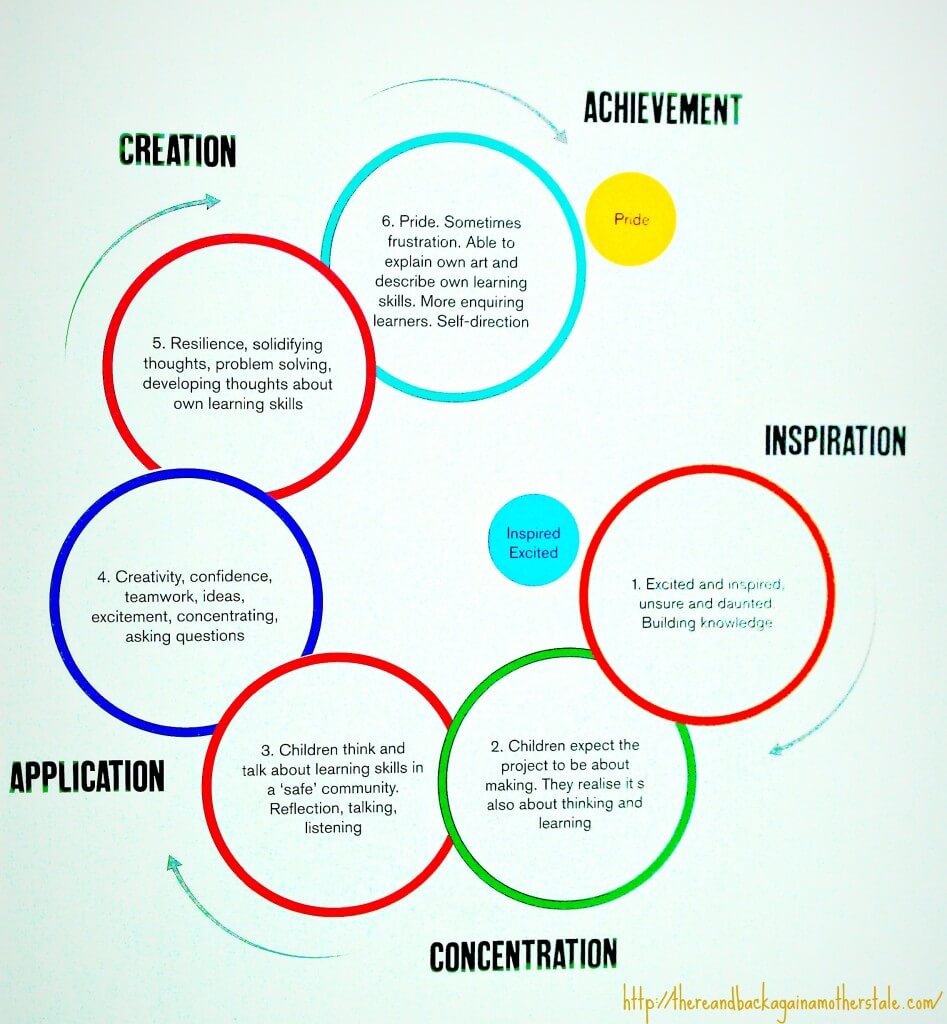 I was interested to know whether we are alone in trying to get out to see new exhibitions as often as we can with a tot in tow, and so I asked fellow bloggers how they feel about taking little ones into gallery spaces, I think we’ve concluded that it has to be the right kind of space and the right kind of exhibit, but that where possible interaction with art is to be welcomed:

I agree, it has to be a welcoming space and appropriate for children too, that’s not to say that there shouldn’t be places and spaces that are not open to children, a friend of mine pointed out that some parents do have a sense of entitlement that all places should be family friendly but generally people are sensible; the art gallery world has responded to this demand with ‘family open days’ so families are increasingly being welcomed into these spaces and most people respect the spaces and the works.

We’ll continue in our Baltic visits being flexible about what we see and do when we are there!

Catch as catch can: works in situ, is at Baltic until October 12.

2 thoughts on “Daniel Buren – The Function of The Studio? What about the Gallery?”