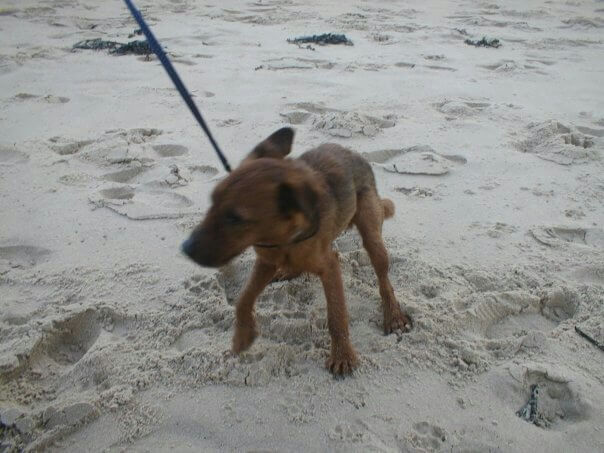 Lots of my blog posts are about my little girl, but there’s another little one in my life that deserves some attention. This was taken in 2009, Toby must have been about 4/5 which makes him 8/9 now, though he may be a little older. Toby, or Toby Mcscroby as he’s more commonly known was a wee rescue when we brought him home. He was quiet in the kennels and cowering, when we took him for a first walk he pulled on the lead, barked and tried to run across the road, “we’ll take him” we said! How could we not?

He needed us and at the time I needed him, a companion and reason to get out for a walk every day in the winter. We used to argue about who took the lead, once the novelty wore off we’d row about whose turn it was to walk him, but he’s still very much part of the family. Joss adores him, he gets fewer walks at the beach but more treats, and he’s come a long way from the quiet boy we brought home that was terrified of pop bottles and newspapers. When people talk about getting a puppy as a family pet I’d always say don’t rule out a rescue, its so rewarding for everyone involved.