They really do and I am loving recording Joss’ moments! Today we had a big ‘first’ the first pair of shoes! A little late at 16m as she’s not quite walking confidently they’re a whopping 4F! She was fab in the shoe shop giggling and allowed her feet to be measured, we chose these soft cruisers, I was against shoes before confident walking at first but she’s such an aversion to socks etc I wanted her to get used to short periods of shoe wearing, and my little show off took 6 steps independently tonight, the most yet! 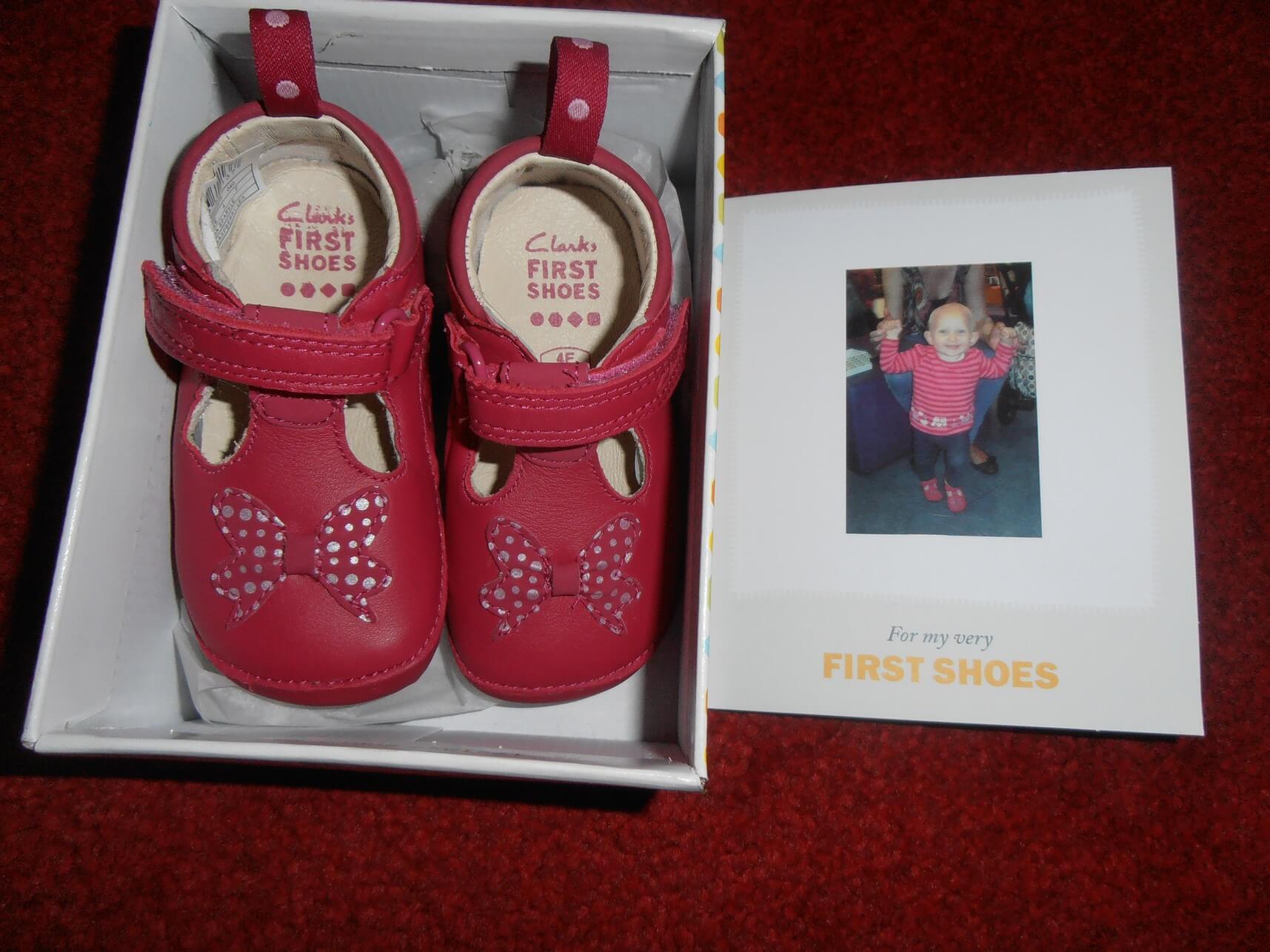 Tonight I caught her learning about how socks work in her cot, we’d been playing happily and she took off both socks. First she stretched them, then she opened them, then draped them over her feet looking triumphant til they fell off, eventually she decided they maybe were for on her head and popped one on there saying ‘hat’ – then dolly tried them on, and Tramp but they still didn’t work, after ten minutes she got bored and moved onto practicing words, cheese, ‘nana and meow!

6 thoughts on “First shoes, little feet, ever so sweet!”