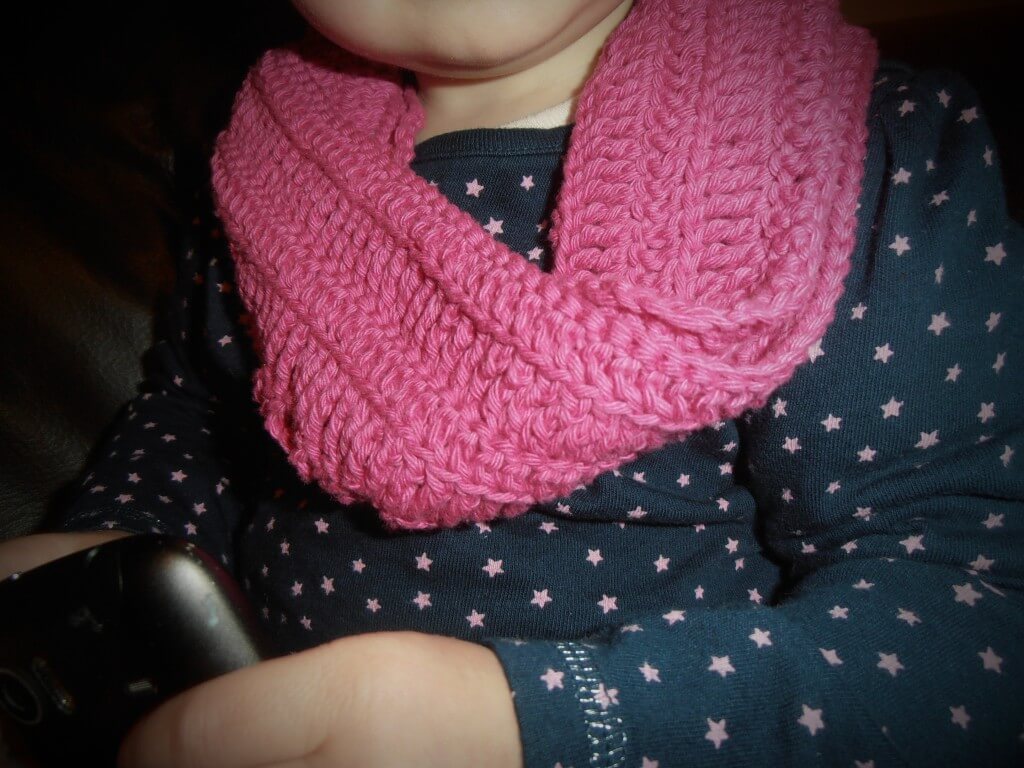 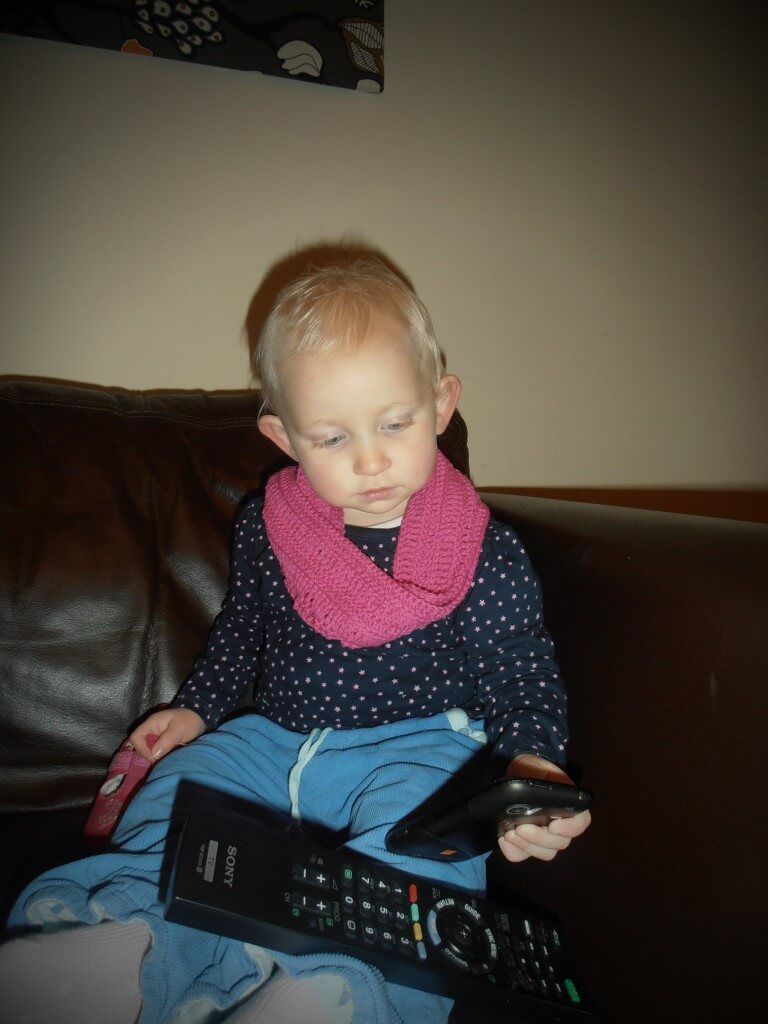 I’ve mentioned before I like crochet but I’m not very good at it and tend to go off track a bit and get bored, hence making smaller projects rather than the blankets that I love but would take me the next five years to complete. This wee cowl took around five hours, not bad for an amateur and was a good excuse to practice the basics, it’s made of a chain 100, then a row of double crochet, a row of treble and another double, a row of three doubles and three chains repeating to make some little holes, and then the first three rows repeated, and joined with a darning needle. I am quite pleased with it now I’ve seen it on her!

One thought on “Cowl not scowl”